Daylight Saving Time
--and the year-round DST alternative
You're at: https://57296.neocities.org/dst.htm
(last worked on: November 20th, 2021)
"Time is arbitrary" 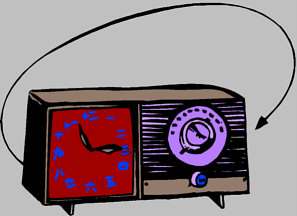 * Problem: Our many "atomic" clocks have but two options: "DST on" and "DST off". There is no "DST Year-round" option. By going to year-round DST at the state level --and by selecting "DST off", we'd get year-round standard time. By selecting "on", we'd keep getting corrections to those "spring forward, fall back" changes --like most everyone else across the nation.

* Solution #1: Select the next time zone east and turn DST "off". That might be hard to get across to some folks, and with some clocks that only option USA time zones, we'd just have to let east coast dwellers fend for themselves. (I know nothing about the time/navigation display integration of dashboard clocks in modern cars.)

* Solution #2: Oregon could simply adopt year-round Pacific Standard Time --and do it tomorrow --no Congressional approval needed. Any business, school district, institution/whatever that wants more morning or late afternoon daylight can simply change and/or shorten its posted hours. DST was never needed in the first place.

* "Solution" #3: "Politics is the art of the possible, the attainable --the art of the next best." --Otto von Bismarck. In that (shriveled) spirit, and since "year-round DST" is not only underway in our 3 west coast states, but is a politically popular idea, Brad Friedman has persuaded me to simply go with the flow on this one. (Time to invest in a corporation that will be making replacement "atomic" clocks?)

* Senate bill #320 (for year-round DST) did pass --but: we're STILL having to change our clocks twice a year --!  The end of Pacific Standard Time, in favor of permanent Daylight Saving Time, has been contingent on the states of Washington and California being ready to do the same, but the bill to do so got stalled in the California legislature. After that hurdle, we'd all be waiting on an OK from the U.S. Congress --which shouldn't take more than 10 years.

Now I ask you: in the days immediately following the twice annual DST clock shifts, and given the often mysterious steps one must take to change a dash clock's time, how many traffic deaths do you suppose are caused by trying to comply with "Spring forward-Fall backward" --whilst underway, and maybe already an hour late? (Not that those driving or riding in the culpable vehicle are likely to admit it.)

* Sheila Danzig has been doing a great job of nailing this issue for many years, plus there's a boat load of DST laments across the Internet --such as:

Although long despairing of our ever getting off the DST/standard time yo-yo, it has never-the-less behooved me to bear witness --to the gratuitous imposition, of being made to change our myriad clocks twice a year. The political inertness of our society in putting up with it for decades is astounding! (For 100 years, counting from DST's first being foisted upon us during World War One.)

If we can't even get rid of a simple, burdensome, non-sensical practice like biannual DST changes, then what chance does our ship-of-state have of steering a straight course through more complex and emotionally loaded issues? This raises serious issues about democracy.

* I DO BELIEVE that campaigns for high office could garner a deciding percentage of votes on this issue alone (and our two leading candidates in the 2016 U.S. presidential election needed all the help they could get).

* Ending DST has been on the ballot, in the state houses, or on candidate platforms in Washington, Montana, Kansas, Wyoming, Oklahoma, and Oregon (YAY!). There've been citations of studies showing increased incidents of heart attack (a whopping 5% among working age people), workplace injuries, car wrecks --+8% (while trying to change that inscrutable dash clock?), and economic losses from the time demands of updating all the clocks in our lives. In 2015, Washington State Rep Elizabeth Scott told of an apple farmer constituent who must spend half a day (twice a year) changing the clocks in/on all his equipment.

After standing on a wobbly plastic chair to re-hang a clock during our last DST switch, I wondered how many old people fall and break bones whilst tending to our DST chores. (I was unable to Google anything up on that.)

For 20 years this page has mostly been a bit of sympathy and hand-holding --for others who feel the same way.

** Time: "Time" is a strange and arbitrary concept. Here's a brief history of time and our struggles with it --from "Answers With Joe" (Scott):