(I drew the above before quad drones were popular and before coming
across similar depictions by Blumrich^, Ginsburgh and others. --Craig)

^* As to NASA engineer Joseph Blumrich, and per my request, I see that a fellow who posts at "Above Top Secret" --who I only so far know as "jeep3r"-- has rendered very nice pictorials (posted in 2013) of Blumrich's blueprints/specs --based on his interpretations of Ezekiel's precious account (for which, see below). 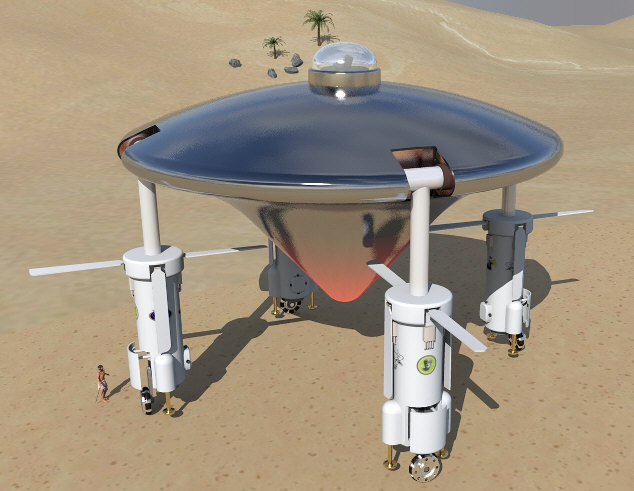 Now to make good on my offer to convert "jeep3r's" rendering into a stereoscopic pair (via: "StereoSynthesis")
So here goes: 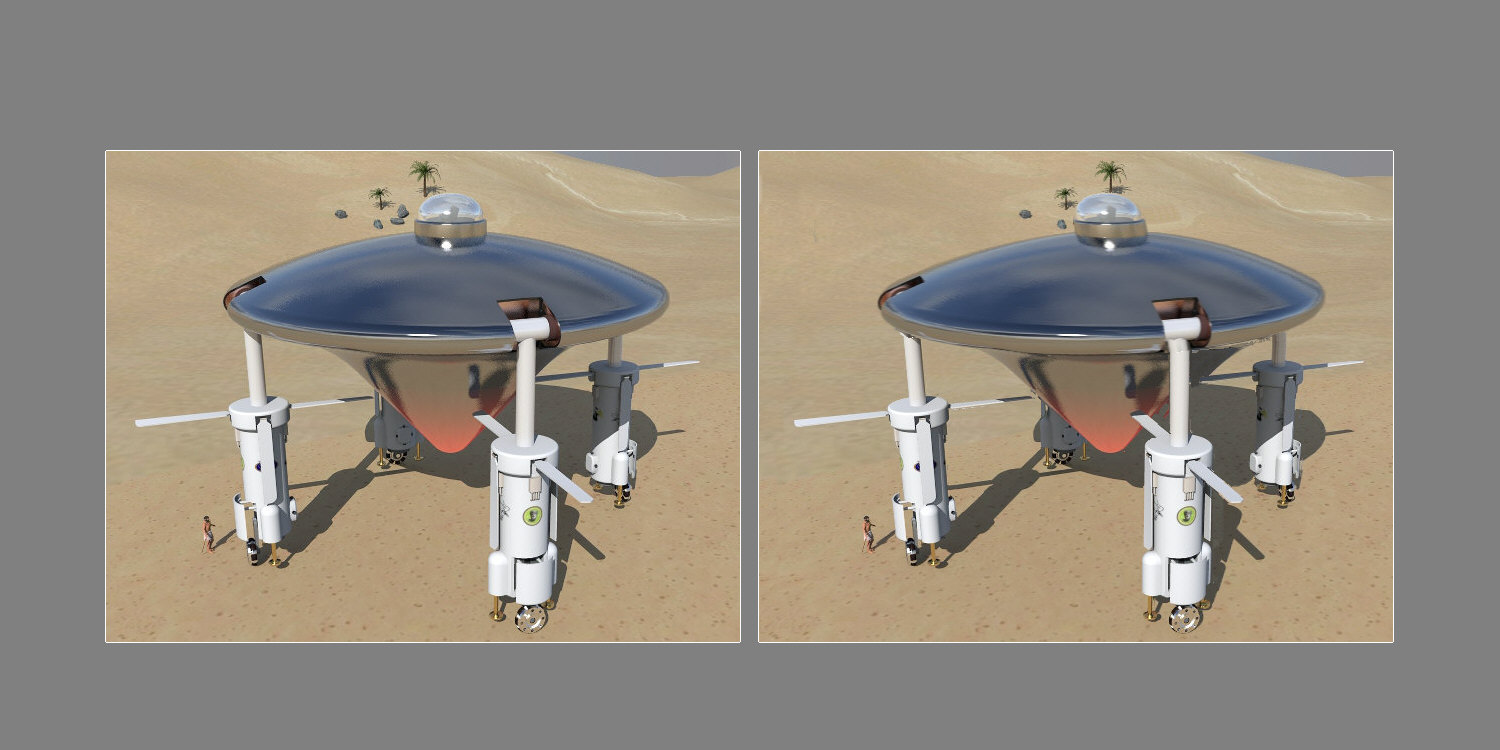 A long time ago I was impressed with the seemingly straight up job of reporting in the Biblical story of Ezekiel's extended apparition. The guy took courage, kept his head up, and did his personal best to tell us what he saw --almost in mechanical detail. I suspect that his account has been fairly well preserved down onto us since, it being so off-the-wall and apolitical, that the secular and religious autocrats who've messed with the books of the Bible simply didn't know what to make of it.

I'm far from alone in finding Ezekiel to be an interesting and an astonishing departure from the other books of the Bible. Famously, Erich von Daniken (Chariots of the Gods) cites Ezekiel. NASA engineer Josef F. Blumrich turned his informed speculations about what Ezekiel was describing into a book: The Spaceships of the Prophet Ezekiel, making it his retirement ad/avocation. (Question has been raised about Blumrich's bona fides at http://www.spaceshipsofezekiel.com/index.html, in that his name was said not to appear in the document: "An Illustrated Chronology of the NASA Marshall Center and MSFC Programs 1960-1973".)

Of special note is an essay ("The Wheels of Ezekiel / An analytical essay") by R. Cedric Leonard at: http://www.atlantisquest.com/. He admits to a fair background in Greek, Latin and Hebrew, plus he has personally consulted authorities, Hebrew scholars, researched/cites a raft of Biblical translations and commentaries --which amply demonstrate that Ezekiel was talking about some kind of a mechanical conveyance (ie: a "chariot" --even though he didn't use that word).

The old drawings below are traditional. Like Ezekiel's descriptions, they're done without benefit of a modern context --just a "majesty of God" sort of illumination. But if we look at Ezekiel's description with a fresh and open "mind's eye", I think a modern person --especially someone at all acquainted with aeronautical technologies --sees a lot of hardware in motion.

The 2003 revision of this web page was prompted by my delight in reading Dr. Irwin Ginsburgh's short book: "First Man./Then Adam!" (1975), in which his analysis also anticipated my drawing (top of page). --per his:

"One passage (Ezekiel 1) can be interpreted as a large space ship with four helicopter rotors suspended below it to provide maneuverability in the Earth's atmosphere."

* I suspect that there are and have been no extraterrestrial visitors, ancient or modern --unless we count ourselves, and the absurdly complex/evolved flora and fauna of the Earth. Was it all seeded from deep space and deep time elsewhere? If intelligent, biological life exists "out there", surely they'd send out probes (and seeds?), not space ships piloted for years by living beings.

* Here's Joe Scott (of "Answers With Joe") weighing in with his glib, mirthful, rational skepticism:

Re-read these ancient scriptural passages and see what you think.

{Alternate translation: "Then I looked, and saw a raging wind from the north driving a great cloud, and whirling fire flashing around it, with the gleam of polished brass [or electrum] in the center of the fire." --from the Holy Bible in Modern English by F. Fenton, and more accurately describing the specular effects of highly polished metal --or maybe what a modern person would take to be flashing strobe lights --according to Leonard, and see his writ for more such interpretation.} 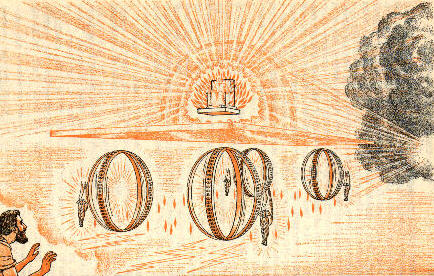 8: And there were the hands of a man under their wings on their four sides, and the four of them had their faces and their wings.

9: Their wings were joining one to the other. They would not turn when they went; they would go each one straight forward.

11: That is the way their faces were. And their wings were spreading out upward. Each one had two joining to each other, and two were covering their bodies.

12: And they would go each one straight forward. To wherever the spirit would
incline to go, they would go. They would not turn as they went.

14: And on the part of the living creatures there was a going forth and a returning as with the appearance of the lightning.

17: When they went they would go on their four respective sides. They would not turn another way when they went.

18: And as for their rims, they had such height that they caused fearfulness; and their rims were full of eyes all around the four of them.

20: Wherever the spirit inclined to go, they would go, the spirit [inclining] to go there; and the wheels themselves would be lifted up close alongside them, for the spirit of the living creature was in the wheels.

22: And over the heads of the living creatures there was the likeness of an expanse like the sparkle of awesome ice, stretched out over their heads up above.

25: And there came to be a voice above the expanse that was over their head.
(When they stood still, they would let their wings down.)

2:1 And he proceeded to say to me: "Son of man, stand up upon your feet that I may speak with you."