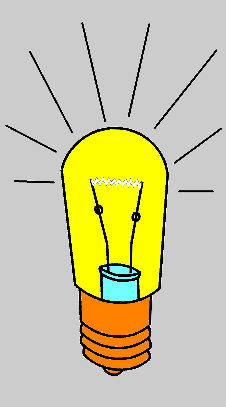 * In my limited experience, the practice of applying for patents involves arcane, costly arts of format, statement, timing and bluff, while copyright is deceptively easy/automatic. Although my concerns with both reach back 40+ years, I'm unqualified to give advice and am far from expert. However: thanks to the Internet, I can "publish" and share a few opinions anyway.  :-)

Here's an oldie-but-goodie run down on the U.S. patent system and history, by a fellow who is qualified to comment:

Straight away: many who are mentally/personally engaged with what they do, and especially if they work "hands on", are likely to be making progress on innovations. Most of this creativity gets informally passed around on a person-to-person basis at best --as is the case in an astronomy and telescope making e-correspondence group I belong to --with little or no thought given to patents and profits. However, we expend considerable effort on show-and-tell, in hopes that others will pay us the sincere compliment of "stealing" our ideas, devices and methods  :-)

Let's get some heresy out of the way here.

* Inventions, like any kind of "change", travel or "growth" (these terms used in their broadest senses) --are not inherently "good things". Much as we appreciate the access we've gained to other places, knowledge and the supreme convenience/ease of (say) word processing and data handling ---ways of life, occupations, entire communities get uprooted, obsoleted or "outsourced" --thanks to inventions providing the obtuse capitalist owner class the opportunity to do so.

The benefits of labor-saving innovation are more evenly distributed and welcomed in democratic socialist nations like Sweden --but a person's skill sets, economic/social relevance and sense of self worth are still put at risk.

Such thoughts are, of course, a very hard sell, especially to a society in such dire need of fundamental changes --!-- but I insist: change itself --is a necessary evil --at best.

* I find the differences between patents and copyrights amazing.

~ It's my perception that the securing and successful marketing of a patent is a worse bet than buying lottery tickets. Patents require careful documentation, controlled formal disclosure, a learned legal-technical language for the description and claims, costly searches for "prior art" by a specialist (which must be at least a due diligence gesture), --and a fleecing of thousands of dollars just to begin with your counsel and representation.

~ However, the securing (if not the marketing of) a copyright requires touching your pen to paper --and *poof*: you have a copyright which lasts your life plus 50 years.

I won't belabor my loathing of copyright law, since the good people who founded and built the institution of "Creative Commons" have perfectly addressed my objections.

Copyright law still exists, of course, and perhaps it should, for of what significance is the open hand, if one is unable to make a fist?

* Naturally, I'd like to see a more social alternative to the patent process, perhaps under the auspices of Creative Commons, but more for the protection and facilitation of inventors^ --plus: there are apples-to-locomotives differences to sort out between the realms of copyright and patents.

Creative Commons has already facilitated the "Model Patent License" for existing patents, which is non-exclusive, meaning  that the patent owner can grant similar licenses independently to many people and companies. If I understand it correctly, this license format is the spawn of the "Green Exchange", which was created to help the spread and application of resource efficient ideas --patented or not, particularly by non-profit entities.

We've always been able to dedicate "whatever originality" a creative work might include into the public domain. (I'm under the impression that the affordable vehicle of a U.S. Patent Office "Disclosure Document" --but with no follow-up filings-- can accomplish that, but check to be sure, since a DD is intended to establish priority in the serious pursuit of a patent.)

"Noblesse oblige": The public domaining of your creativity puts you into the splendid if rather antique company of mid 19th Century (and earlier) gentlemen and women of science --for whom the notion of cashing in on one's intellectual gifts was considered tawdry and déclassé  --at least in their polite social circles.

^ My wish to see Creative Commons motivations extended to material invention/innovation is more about protecting and facilitating inventors, nearly all of whom simply get fleeced. Unlike the modern day excesses of copyrights, patents seem to be adequately "sundowned" (except for the pharmaceutical industry). My vague recollection is that a patent lasts only 17 years (or is it 20 now?), provided that it's renewed at something like 5 year intervals.

Although the quoted spread of patent failure rate percentages suggests that most of the following figures are being pulled out of the other end, they come from folks who should know --and it's bad. Thanks to the aggregated articles at:

--we see a lower number of 97% (Stuart West - IP lawyer), while the highest failure rate I saw quoted was 99.9% (Greg Stevens, President of WinOvations). Richard Maulsby, Director of the Office of Public Relations in the U.S Patent & Trademark Office told us that 99.8% fail to make a buck --and that's not counting all the earnest souls who get fleeced and discouraged at the "patent mill" level --never securing a patent to frame and hang on their walls at home.

It isn't just poor schmucks with worthless ideas who get fleeced. No doubt precious inventions also go by the boards at patent mills. Those which succeed to make a difference in our lives might go through an ascending series attorneys --especially those patents which quickly get challenged and/or cobsnobbled by other interests. Competent defense tactics, strategic timing and due diligence notifications of intent might end up costing $250,000 or more (your dime), pending ultimate out-of-court settlements drawn up by white-shoe attorneys in Washington DC.

Its my impression that if you're part of an experienced college or corporate campus team with an intellectual properties department --then no problem, although there's a good chance your patent will languish anyway. With substantial resources/backing (surely more than what the average working individual can muster up), with savvy and honest (to the client) representation --patents gain you a (hopefully defensible) platform from which to sue and be sued --and a jobs program for patent attorneys.

* Compare that to the classic "build a better mouse trap---" expectations of an innocent (even if genius) individual inventor of modest means. That inventor needs some kind of representation, guidance and a nominally serious patent pursuit, otherwise his/her invention can hardly even be shown and given away. (The legendary 3M company at least use to be an exception, in that a board of senior officials (retirees, I gather) would consider idea submissions from the public.)

* Work benching: "For now", and until I get better advice for this page, my suggestion is to invent simple things that the average person can appreciate and use, then just "show and tell" them. Making, using, sharing and maybe even selling a few copies is a real kick (if it's within your resources to do). If you sell more than a few, perhaps it's best to operate at a low and relatively anonymous level --with no ballyhoo about it being something "wonderful" and "new", lest the sharks and "patent trolls" try to extract cash from you --for specious or real claims of infringement.

From time to time I plan to call attention to this posting --for whatever corrections and improvements others can suggest --and for whatever social progress these collected thoughts might help to promote.