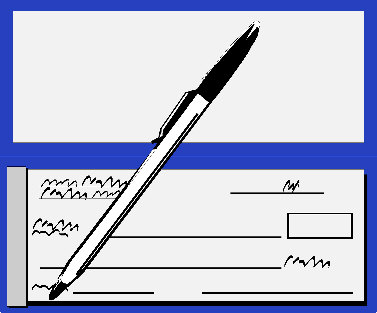 * What follows is intended to be friendly criticism, given because public television and radio holds such value.

* It's been about 2 years now with frequently unwatchable interference on our  PBS outlet (OPB = Oregon Public Broadcasting), despite several letters and phone calls, despite OPB's field engineer's best efforts, and despite our household having become an OPB member, but this web page is about their business model of endless fund raising. (See: the Antenna page.)

* You can Google < fundraising + PBS + idiocy > and find a raft of dismay over the ill-conceived, long standing and perpetual practice --of interrupting and holding PBS' quality programming ransom, perhaps for two weeks on end, perhaps 3 times per year. (I've read that affiliate stations might have the latitude to run their begathons for up to 60 days out of the year!)

* The worst part of it: you can become a member, send them any amount of money, and it won't get your broadcast programs restored. (They do offer an over-the-Internet, pay for play, streaming pass to members. I hate pay walled cultural content.)

* Be my guess we could collectively send in a million and they'd still do fundraising plus take defense industry, Koch brothers and other petroleum money.

* I suggest that you go to your public library during fund raising, check out old editions of Nova and other programs you've missed (making sure to donate something in support of the library's collection and staff).

* The fundraising portions we're supposed to endure might themselves be prerecorded. (Hell: station staff has better things to do with their time.) The alternate programing, which keeps getting interrupted, is sometimes a marathon length infomercial --perhaps for self improvement books or a pricey seminar, but with unctuous pledge nagging included. 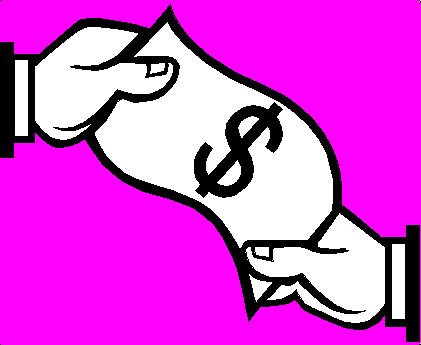 Talk about chutzpah and shameless begging: they want you to permit automatic deductions from your checking and credit card accounts, deed over your car, your boat, and then end up sitting with the family when your will is being read ---!

* But let me defer to more qualified opinion than my own: Tom Brinkmoeller's --posted at "TV Worth Watching". The (on-going) reader comments which that drew are worth reading as well.

I'm not urging an anti-donation campaign. I imagine that public broadcasting is addicted to growth and "empire building^" like every other entity. If more private donors withheld their support, PBS would surely refuse to cut back, and would get ever more beholding to corporate sponsors and the Koch brothers.

^ From a blurb I heard (before I switched off the fundraising), about 2/3rds of PBS funding (at least here in Oregon) is from "private sources" (an ambiguous term which may well include billionaires). If those private donors were to increase their giving by 50% (ie: to become 3/3rds) --do you think for a minute that PBS and affiliates would stop taking any part of their corporate donations --or stop begathoning for yet more "private" support? Surely, sending money to PBS/affiliates is like feeding stray cats. (I know about feeding stray cats. We're supporting 8 at this point.)

Despite the "public" in their name, they never asked for my input on programming, nor did they ever send me a breakdown of their public broadcasting budget --indicating how our donations were spent and where all the money came from.

This page is simply a bit of sympathy and hand-holding --for others who feel the same way. I don't know how to fix the situation, but there has to be a better way to fund public television and radio. Be my guess: a good start would be for public broadcasting to live within its natural (public) base of support, then look into building a very broad base of support --such that (say) $10/year from each of us would float the PBS boat.