Are you ready for some rational talk about
Travel
--and our absurd transportation system?
(last worked on: May 27th, 2021)
You're at: https://57296.neocities.org/travel.htm
Fast find>> Change, Cars of the future, Aerodynamics, MPG, 35mph, A British study, An eye hazard, NEVs 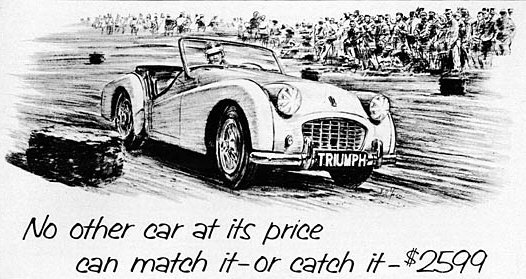 Of course, this is true world-wide. A UN World Health Organization study (cited in the September, 2017 issue of Discover magazine) pinned the annual human toll at 1,250,000 killed. Populations of birds (alone) get reduced by 250,000,000 --! The single most important factor (of course) is speed.

For those who don't closely follow the development of performance cars, Tesla's second generation Roadster was scheduled for production in 2020, the first thousand or so being earmarked for those who've paid in advance, then to those who've invested a $50,000 down payment. (That first generation Roadster, which went into orbit around the Sun, was Elon Musk's personal 2008 model --built on a Lotus chassis.)

* 5/27/2021: I've been 23 years out-of-date for not mentioning the vehicle classification: "neighborhood electric vehicles". NEVs are a ready made answer to my laments and suggestions here. Being absent many of the crash-worthy requirements of standard cars, regulations restrict them to 25mph (and they're usually legal to run along on parkways signed for 35mph) --just fine. These vehicles might seat up to 4 people, can be fully enclosed, and often feature basics like wipers and defrosters. Their previous limited range (maybe 30 miles with lead-acid batteries) can now be augmented with lithium-ion batteries.

* For a stouter machine, check out the $4000 Chinese "Wuling Hongguang Mini" EV, which can manage 60mph. (Sorry: it's not been imported yet.)

In the news (July, 2019): Who knew!? Mixing people standing on little electric scooters with big city traffic is resulting in lotsa accidents. --Gosh-gee!

* Dale Maharidge wrote an excellent article for Harper's magazine concerning the nation's crumbling secondary roads and bridges. It's my expectation that overlaying our deteriorating transportation infrastructure with "self driving" cars will prove to be a Donnybrook. As of January, 2020, these vehicles don't see potholes.

* From watching a Ford car commercial (5/22/2017) I gathered that they already sell self parking cars. I see we're getting news reports about accidents as self-driving cars are being road tested. I await drawn out court battles over who's responsible, findings that the (deep pockets) manufacturers are at fault, bigga recalls, and finally: handing the reigns and the liability back to human driver/owners.

* An accumulation of accidents and deaths (as of 4/3/2018) brought the road testing of self-driving cars to a halt in several states. It turned out that one of these vehicles ran into a concrete divider after audio and visual warnings failed to alert the human at the wheel (who was streaming a movie!) that things were getting out of control. (If I recall the news of the day: there was a suggestion that the highway's painted white lines were out of specification --and that the crash was followed by run-away shorting and flash ignition of the lithium batteries. The fire department had to stand by, hesitant to direct water onto the burning car's carcass until Tesla engineers could come and disable its electrical circuits. That strikes me as a jobs program for lawyers.)

I suggest that sensors and computers are simply not up to the wary alertness and psychology it takes to navigate a vehicle at speed, to deal with the mental states of others on the road, to anticipate, to creatively and even unconsciously avoid hazards. If the driver's attention isn't supposed to wander, then just what is the point of a "self-driving" car?

* Aside from attending to the complexities of programming a self-driving car, even the far simpler tasks of engineering things like air-bags that don't kill us and steering wheels that don't come off has proven to be a challenge for car makers. Ford had to recall 1.4 million cars in 2018 because their steering wheels were coming loose --some of them coming completely off --at speed. (Of course, when Ford starts fielding fully self-driving cars, we won't need no stinkin' steering wheels, right?)

* Bullet trains: Considering our society's unwillingness to maintain bridges and roadbeds, plus recalling railway accidents in which engineers failed to slow down for curves, it's hard to imagine our (USA) culture operating European and Asian style "bullet" trains. So why not simply govenor trains to run at modest speeds?

* The single most effective factor in traffic safety is speed.
How very cheap and simple it is to save lives and reduce injuries: just reduce speed.

Since the kinetic energy of a collision is proportional to the square of the miles per hour, an accident at 30mph is inherently 4 times worse than one at 15mph. At 45mph, it's (3 squared =) 9 times worse.

* Should you be enamored of "extreme sports", the "need for speed", the thrill of risk taking --then this web page is probably not for you. It's a gentler crowd that I encourage to seek out and build alternative communities (new cities, "intentional", "gated"/CC&Rs) and lifestyles. I quite discourage vain attempts to impose such pastoral ideas upon thrill seeking mainstream Americans.

* Travel, change, "growth" and even "progress" -- are not inherently "good things". Those are hard arguments to make, since we live in a culture/society that's so desperately in need of fundamental changes and progress.

Glimmerings of such understanding are among us. Recall the familiar: "happiness is in your own back yard", along with that old fashioned admonition against "change for the sake of change". (Yes: we all feel needs, both practical and recreational, to venture some distance away from home. I'm talking matters of degree and range --of course.)

* Perhaps the first argument I hear against drastically reducing our speed limits is: "we don't have the highway capacity". However, being mindful of those public service announcements that we should count a second's worth of travel between vehicles (or a car length between for each 10mph --about the same), then --nominally-- a capacity of something like 86% as many cars per hour should pass a given point along a highway at (say) 30mph as at 60mph. (The math here is for 16 foot long cars.) More likely, and over time, vehicle miles (if not hours) would considerably diminish (due to closer destinations), such that highway capacity would actually increase.

* Dissent #2 (and maybe it's #1): "it would take twice as long to get there". However: that there "there" --the destination, is pretty arbitrary --is it not? So just why did you decide to build and drive to your cabin on "the lake" for the weekend --instead of somewhere further --say: nearer to Canada? Answer: you picked a nice destination that was do-able --at 60/whatever MPH. But then: why not 120mph? With more investment in highways, vehicles and fuel, is that so unreasonable? Would Canada then be reachable from your home? In 1939 it was expected that we'd be routinely driving at 100mph by the 1960s.

Obviously, if it had long been a "given" (and accepted) that the highway speed limit is (say) 35mph^, then you'd have simply built a cabin on a lake that was nearer to home --and maybe have driven to work for a company at about half the distance you now commute. There's a bonus: you'd stand a much better chance of driving to those destinations and living to a ripe old age --with lower life and car insurance premiums along the way. (I'm originally from Minnesota, which has lakes, lakes, lakes, everywhere to choose from --and hoards of mosquitos.)

The Cars of the Future

Those in attendance at the Panama-California International Exposition of 1915-16 experienced the tranquility of Clyde Osborn's "Electriquettes": 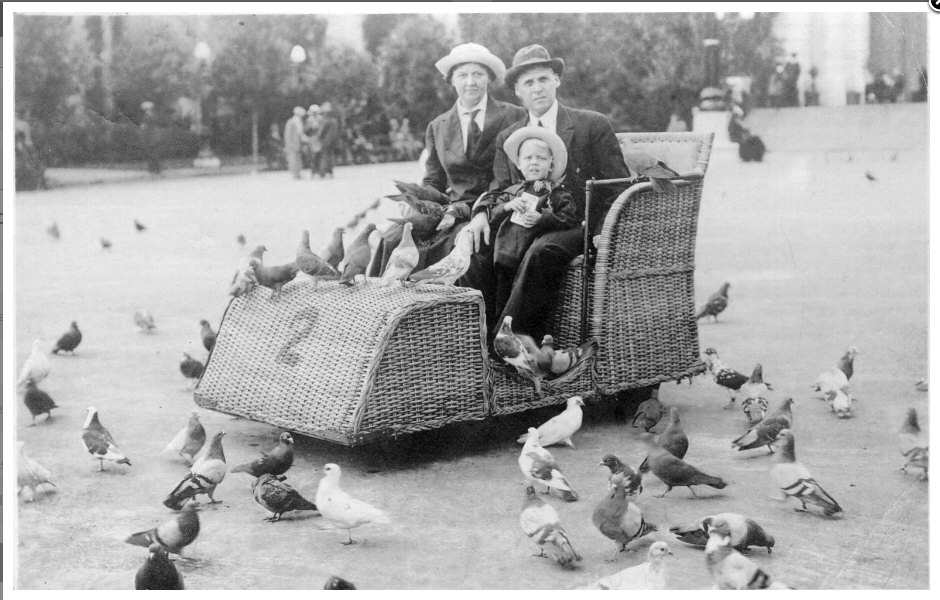 --pleasant little wicker carts which piddled along ever so safely at 3 MPH. 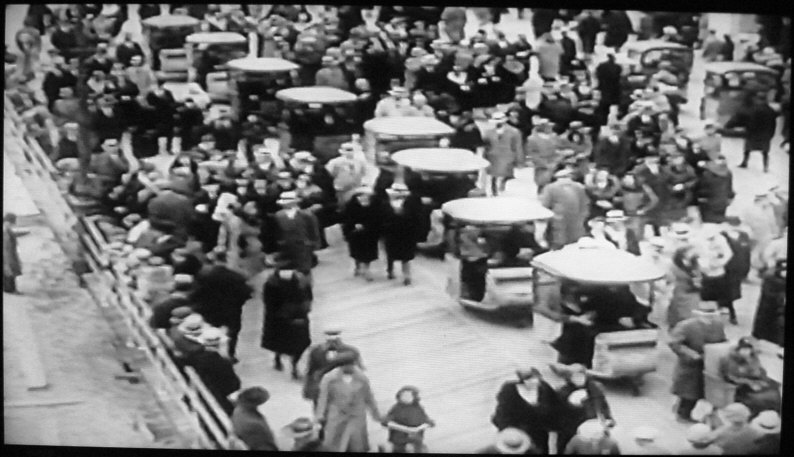 Two rows of similar vehicles (from archival film stock, used in an old video to
represent 1929 --before the stock market crash).

Let's look at a statistically valid reality check: speed versus fatalities. The following tables come from a British study: the "Relationship between Speed and Risk of Fatal Injury: Pedestrians and Car Occupants", by the Transport Research Laboratory, London, using data sets gathered between years 2000 and 2010.
(Copyright: The Crown --accurate, attributed, non-commercial use allowed.) 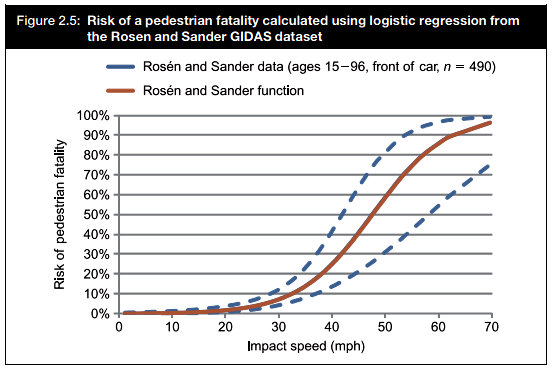 The dashed lines enclose a range, within which there's 95% statistical confidence. 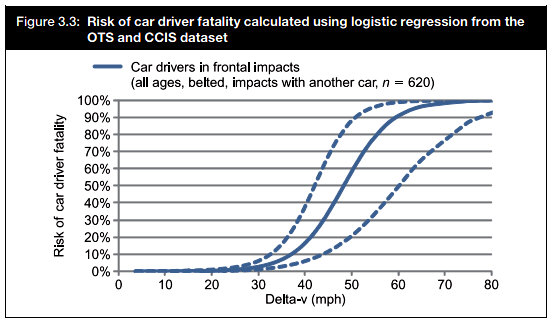 The net change in vehicular velocity at the instance of collision
("30mph" would represent a head-on crash between two identical cars, each traveling at 30mph.)

* ProPublicas Lena Groeger used data from the AAA Safety Foundation to chart similar statistics and came to a similar conclusion.

* To be clear: I'm seriously advocating for greatly reduced speed limits --which only seems to be an extreme position --because our society is so nuts about speed and risk taking.

* There are, of course, natural/physical speed limits --like the sound barrier. We can run and easily bicycle at 15mph. Maybe we can sprint close to 20mph. If this was the limit for most urban driving, bicycles could keep up, while pedestrians, stray children and pets would stand a better chance of survival. 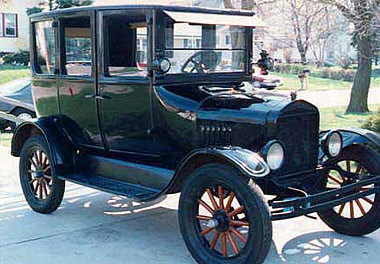 So what's the furslugginer hurry?

Below 50mph, the profile and streamlining of a vehicle is much less important, so boxy, slower vehicles could be designed for comfort (shoulder/hip room, luggage capacity, rain and snow shedding visors over the windows), as well as having better engine accessibility --partly due to needing a much smaller engine/motor. (Perhaps you could pull an engine block by hand.)

* At "parkway speed" (35mph^ and below), air flow over a car ceases to be so turbulent. Open your windows. Listen to nature's birds and crickets. (Hey: try that sometime. It's very pleasant on a warm summer evening.)

At 35mph and below, wild creatures stand a fair chance of getting out of the way, so road kill goes way down --and ain't that nice.

* Not only could engines be significantly smaller at modest speeds, the whole drive train, wheels, tires, and chassis weight gets sharply reduced, so cars become more affordable to build and to purchase --as well as to drive.

^** Surprise(!) --it's already been done! In May of 1942 a national speed limit of 35 MPH was decreed in support of the war effort to conserve tire rubber and gasoline. The State of Utah kept track of the results: auto accidents decreased by 35%, traffic deaths were cut in half, and this was despite a 5% increase of vehicles on their roads and highways over the same period of time (1941 to 1943).

** Of course: fuel consumption goes down with speed, and the more so if cars are designed for a low speed range, since MPG goes up with reduced vehicle weight (a factor which dominates at speeds below 50 MPH). 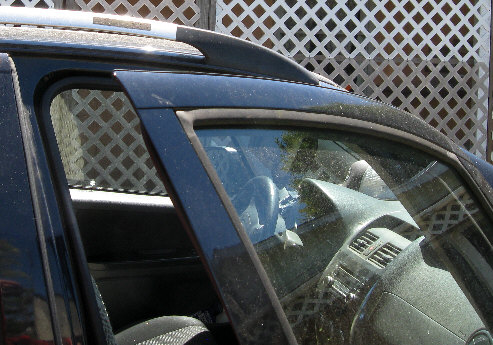 --Why do we put up with eye/face hazards like this?